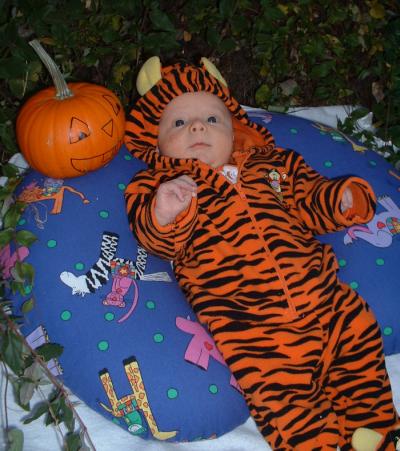 Today Viola went back to see the doctor that delivered Sam. The appointment was supposed to be for Viola to get checked out, but the doctor was more interested in seeing Sam and how big he’s gotten. 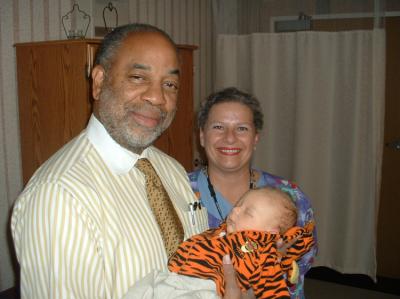 He also dropped by RCI to crash the Halloween potluck. Everyone thought they could get together for a little innocuous lunch, but then the cutest baby ever had to stop by, and everybody dropped what they were doing. 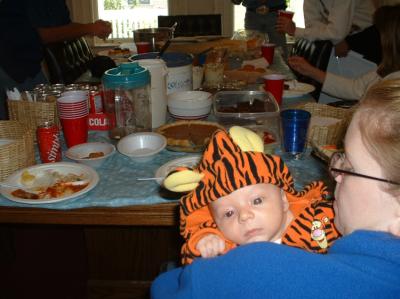 I see Sam is already learning how to work a room wherever he goes.

Ho hum. What a life. 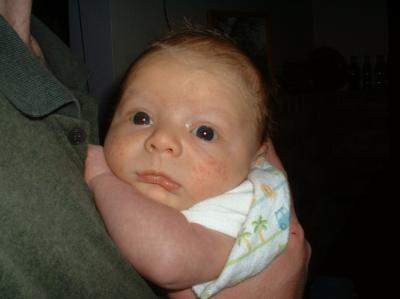 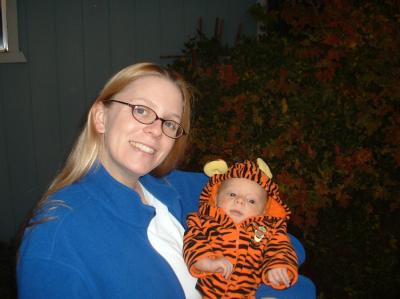 The many faces of Sammy 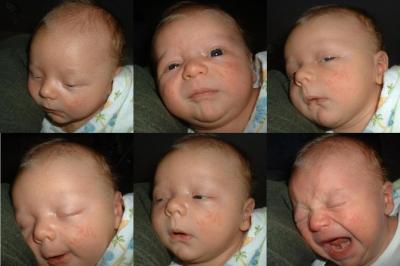 “Wow…Look at the lights.” I guess when you’re a baby, even fluorescent is exciting. 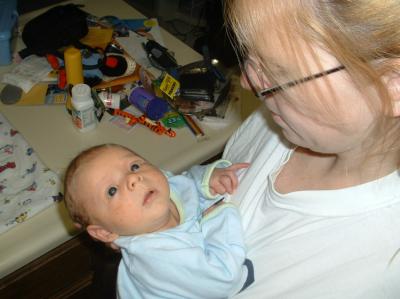 Say, you’re just my size. Want to be my new best friend? 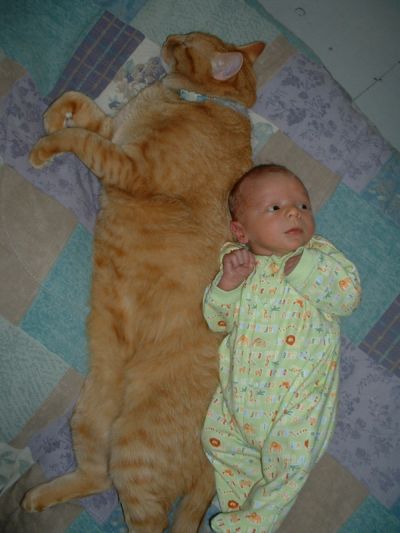 I’m counting on you people to raise me? Seriously? I think I drew the short straw in the parent lottery. 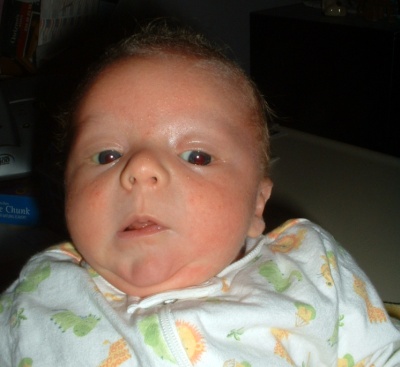 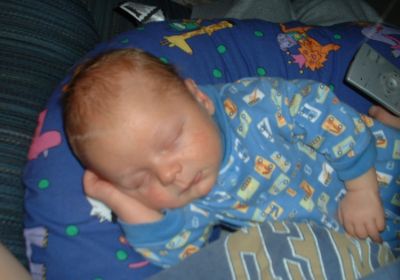 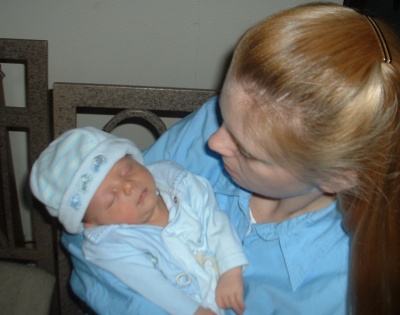 Oh, hello my friends. So good to see you. Let us retire to the parlour for cigars and brandy. 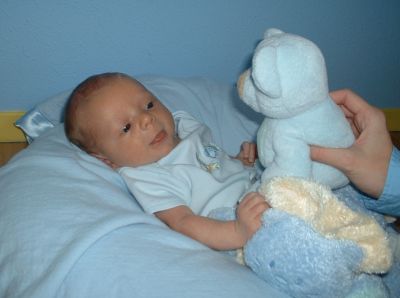 Is there any ice cream for me, Mommy?

You know, we like our families. And after you’ve had a new baby it’s nice to have people come from Seattle and Minneapolis and Vegas to visit, especially when they come bearing gifts and a willingness to pick up the tab at restaurants. But it’s also nice to stand in the driveway and wave goodbye, and watch the taillights shrink off into the distance. After that happens you finally have the chance to look around and realize that while most of the visitors may have left, there’s one that’s here to stay. That’s when you finally understand that there’s three of you now. 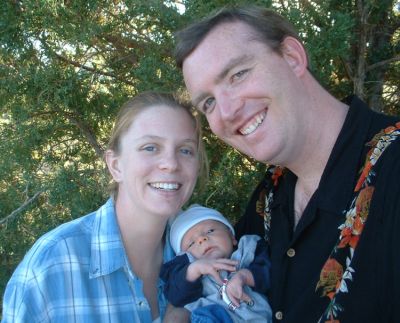 Okay, so no updates. Uncle Paul and Aunt Angie dropped by for the weekend, so we were a little occupied. Soon, though. Soon! 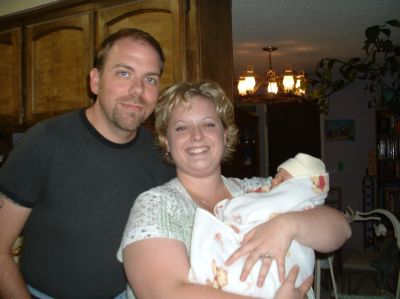 I still haven’t forgotten about this site. There’s still just too much work involved in taking care of this little guy right now. Plus we’ve had family visiting ever since the birth. Today the last of them left; Viola’s father and stepmother got in their car and headed back to Minnesota. So now it’s truly just the three of us. Maybe I’ll find some time this weekend to breathe life into this site; hopefully. Until then, there’s at least one recent pic of the little rugrat. 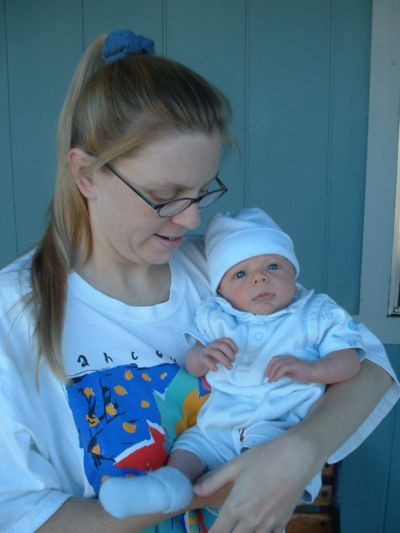 Three weeks. We’re past the point where we measure age in days, and we’re into the area where it’s counted in weeks. Today he is three weeks old, this weekend he’ll be three and a half weeks. Next week will be one month, but we’ll have to play that one by ear. I think that you still use weeks even after the first month. Right?

I guess it doesn’t matter, but I want something that sounds right. “How old is your baby?” Eighty-six days? Thirty-three weeks? 0.677419 months? See, it just doesn’t work. You gotta change your units as they get older. And that includes staying away from, “Oh, he’s thirty-one months.” Come on. Don’t make people do the math. Just say two and a half years, and be done with it.