With my one free hand, I signal the outside world for help. 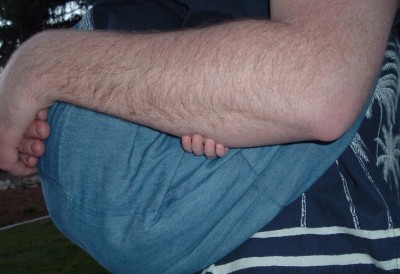 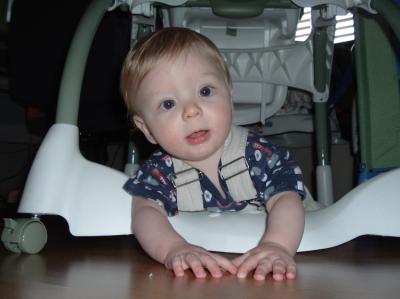 Just hanging around with Keirra. 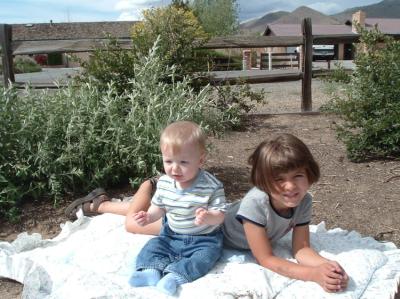 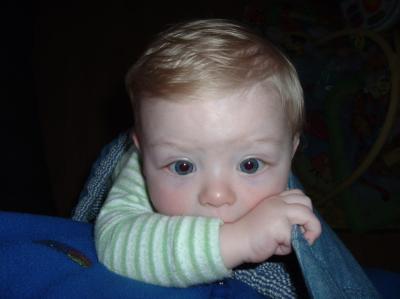 The wild baby roams amongst the tall grass. 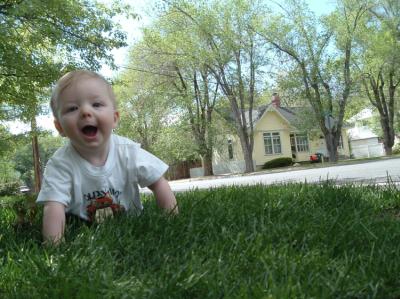 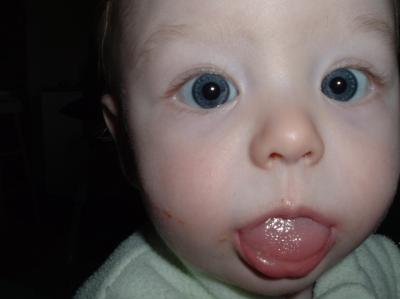 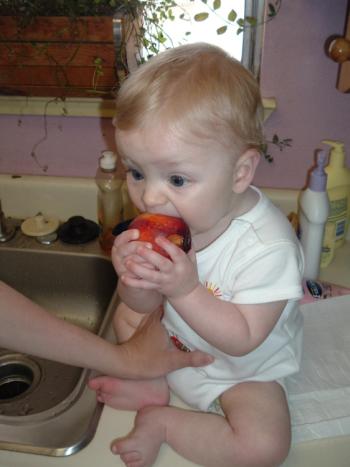 Yesterday Sammy went to have his hair styled at Peyden’s Place. 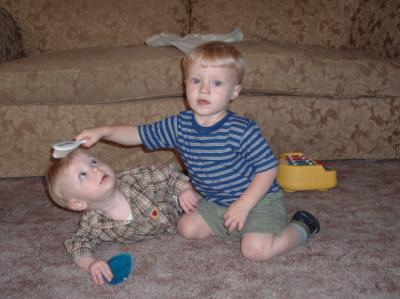 Tonight I am thiiiiiiiiiiis sleepy. 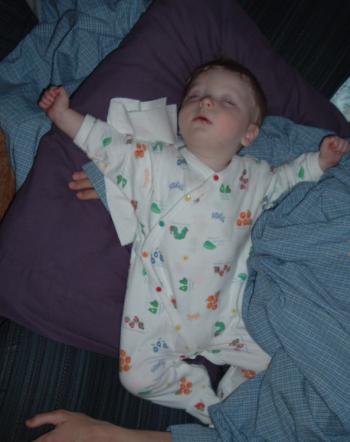 The TV seems to be more important than dinner. 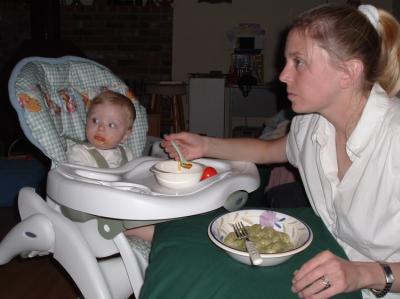 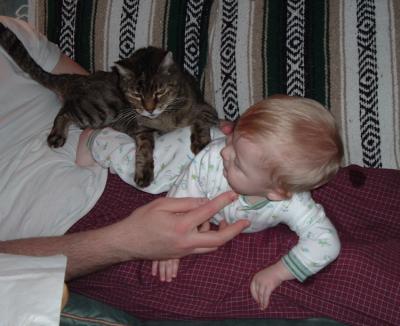 Get me out of here! 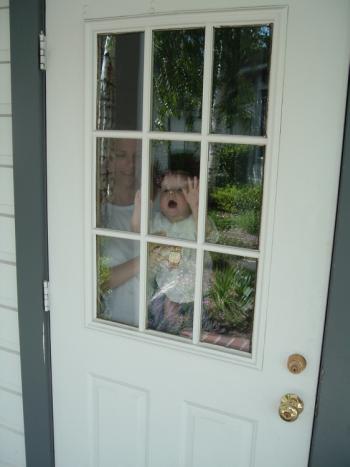 Here—I better hold this tree up. 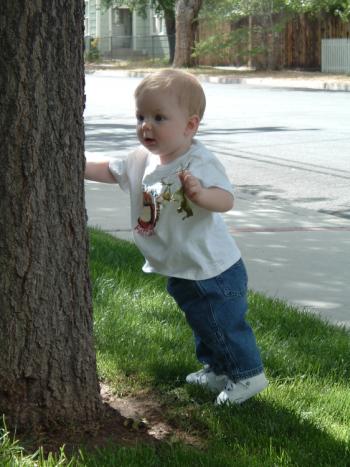 Sammy’s such a big boy. He’s crawling all over the place now. Well, it’s not so much crawling as it is dragging—his arms do all the work while his legs just kick at the air. But the important point is that he can get around on his own now. And get around he does—usually into the dark corners of the room. He’s especially attracted to the brick hearth and the live electrical wires.

So now that he can get around on his own, does that mean things will be easier or harder for us? 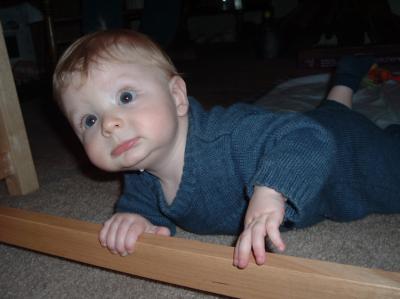 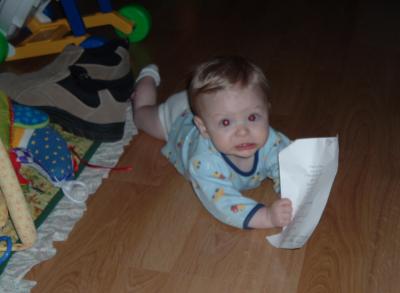 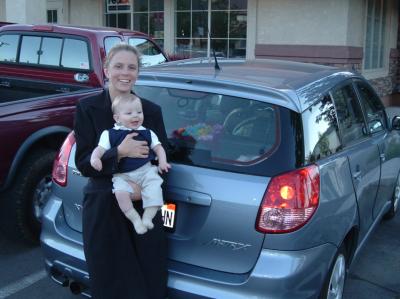 Anybody there? Hello? Anybody? 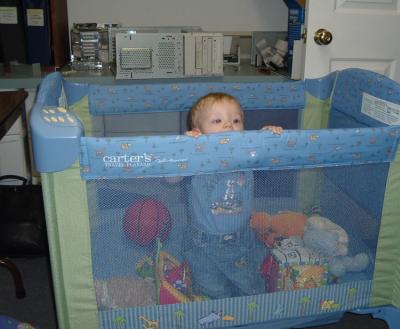 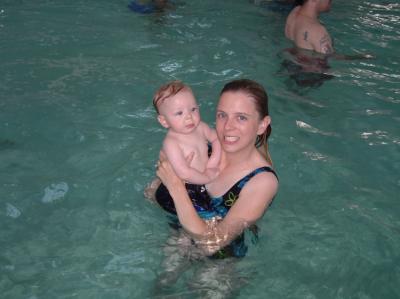 Now remember the deal, kitty. You have to scratch my back next. 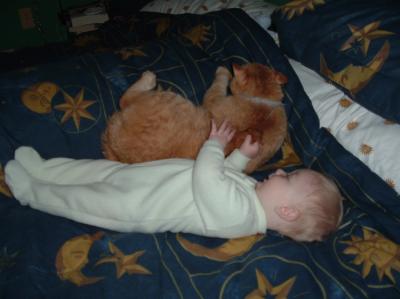 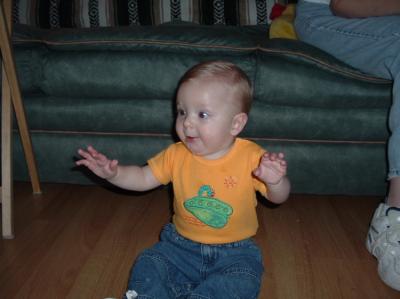 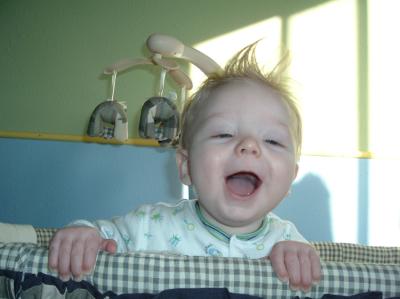 Okay, Mommy, you can get out of here. I’ll call you when I need you. 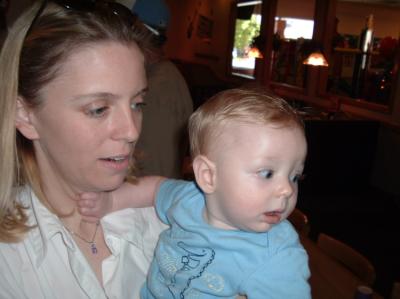 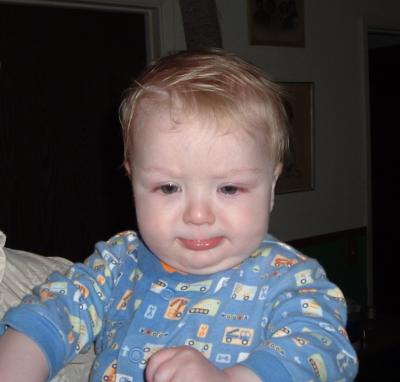 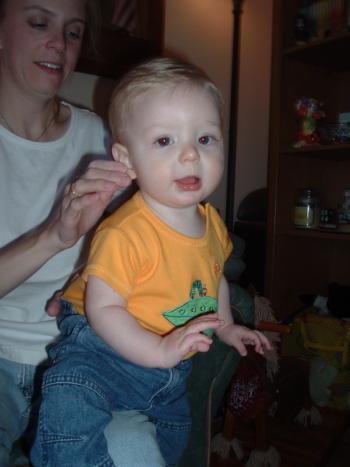 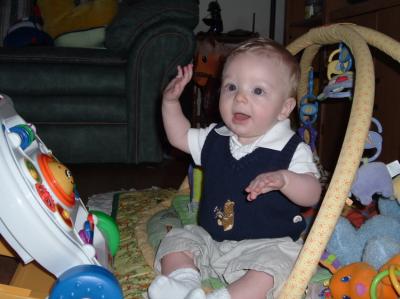