In March 2005 we headed over the hill from Nevada to Sacramento, California, for just a quick three-day vacation. Some people go to Florida or Disneyland on Spring Break. We go to Sacramento. Woooo!

Of course we picked a fantastic week to go, when storms were raging on the West Coast and the Sierra were socked in with snow. But we had no fear. We had chains for the Matrix, so we were ready to plow forward! 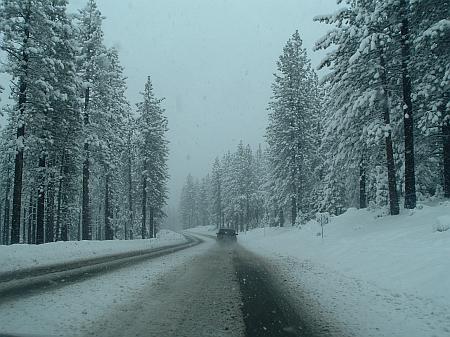 At Lake Tahoe, it was pretty obvious we were in the middle of a storm.

A summer house? Or did they just stock up at Costco and lock the doors until the sun came out? 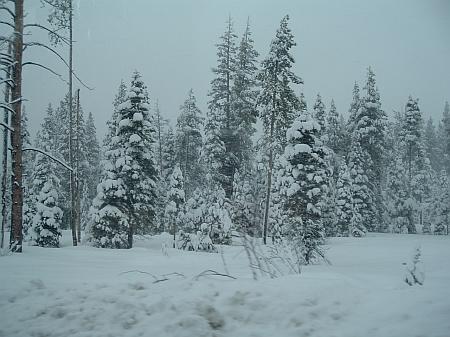 Not the kind of place you want to get lost. 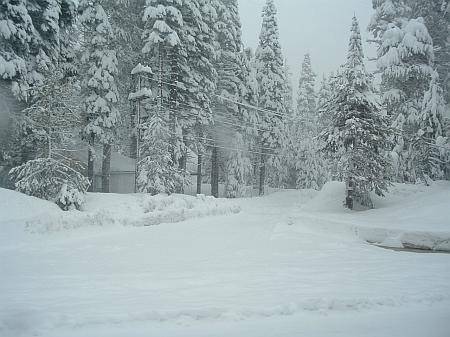 This side street had been plowed once, but a lot of good that did. On days like this the plows just go around and around in circles, trying to keep up with things.

On Highway 50 over Echo Summit we were part of a convoy. There were just as many cars behind us as in front of us, all travelling about 25 MPH. From the look of the road, more people were going downhill (like us) than uphill. 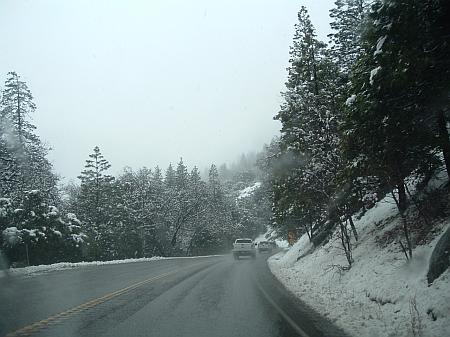 An hour later, we were out of the chain control area and driving along the banks of the American River. It was still snowing, though, mixed with rain, and the roads were still nasty. 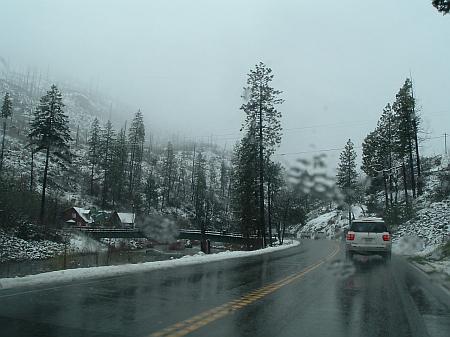 Along this stretch of the American River there are many private bridges like this, leading to whole neighborhoods on the other side of the river. This whole river is cursed, though, with fires, floods and mudslides. Even today, driving along Hwy 50, you can see the remains of houses that were only partly destroyed. 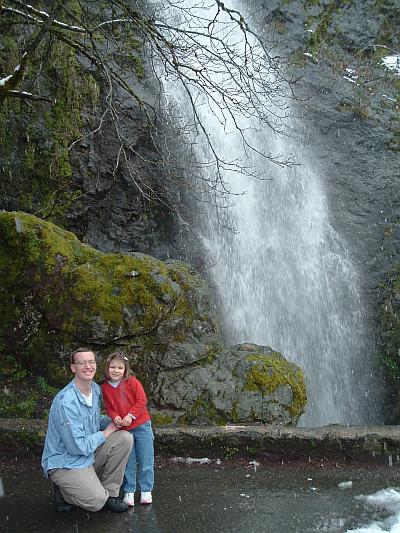 Even further down the highway is Bridal Veil Falls. Keirra and I jumped out for a quick picture. It was still snowing here, a messy wet snow. 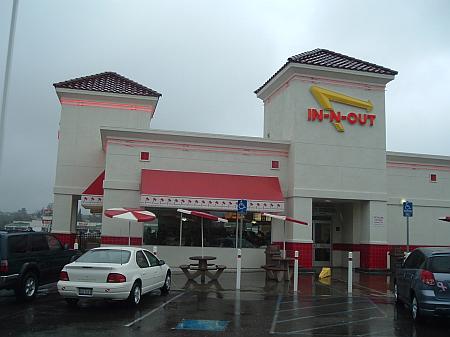 At last we arrived at Sacramento, at the La Quinta Inn. In normal driving conditions this trip takes about two and a half hours. This time it took over four. The snow ruins everything!

By the time we got to Sacramento, the storm had passed and the rain had stopped. We were ready to head downtown!