After checking in at the hotel, we piled back in the car and headed to downtown Sacramento. First stop was the Downtown Plaza. 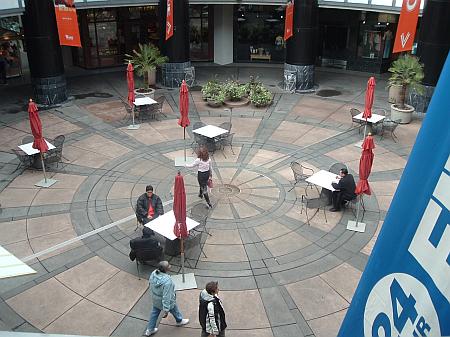 This open-air mall takes up several blocks right in the heart of downtown. It’s full of little plazas like this where you can just sit down and have a rest. 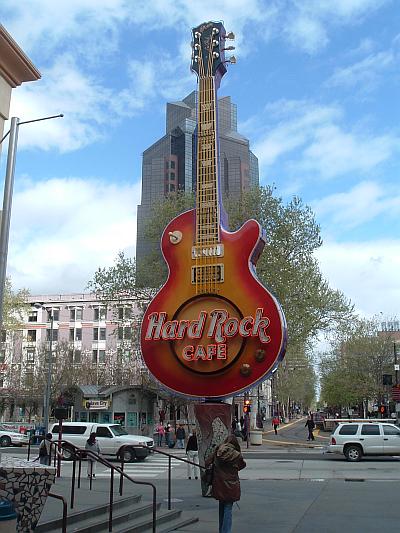 At the end of the mall is the Hard Rock Cafe, with its giant neon guitar. Just a few blocks from the State Capitol, it apparently “gives the state’s busy lawmakers a great place to unwind,” because anybody would need a stiff drink after a full day of dealing with Arnold Schwarzenegger. 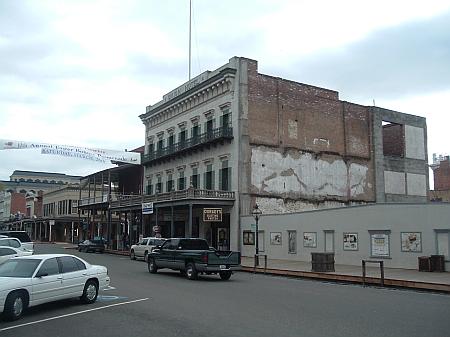 After a stroll around the mall, we headed across the freeway to Old Sacramento. This historic area was the orginial heart of town, right along the river, and it’s been preserved and restored to the way it was in the 19th century. Here is the Union Hotel, which obviously is missing its next-door neighbor. 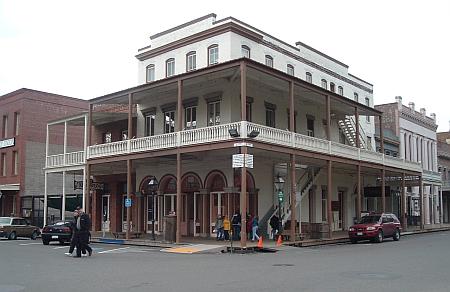 Old Sacramento is a popular tourist destination, and many of the buildings have been fully restored, and are full of restaurants, gift shops, and lawyers offices. 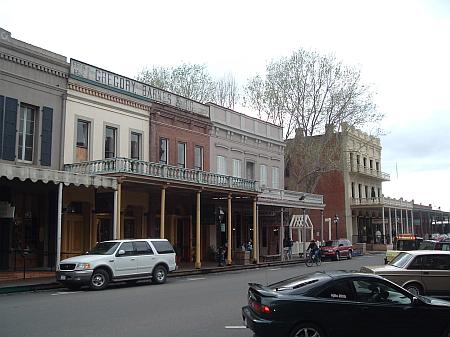 A row of buildings along J Street. 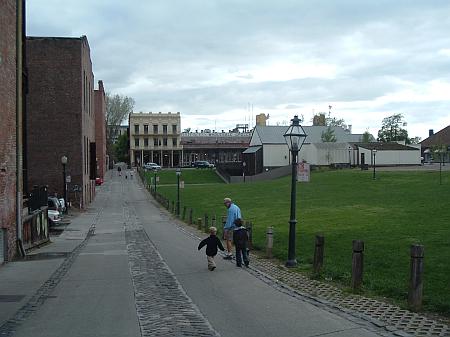 Not all of the old buildings survived, so there are also plenty of large grassy areas for a picnic or for kids to play in. 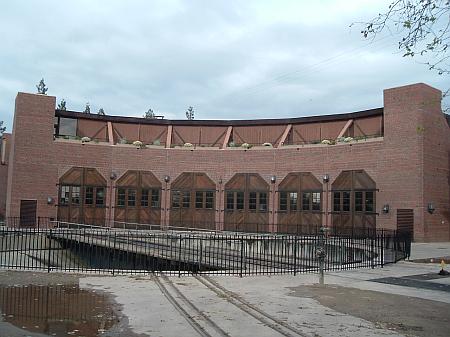 One of the big attractions is the California State Railroad Museum. Inside this roundhouse they keep several functional steam engines, and during the summer excursion trains run up and down the river. 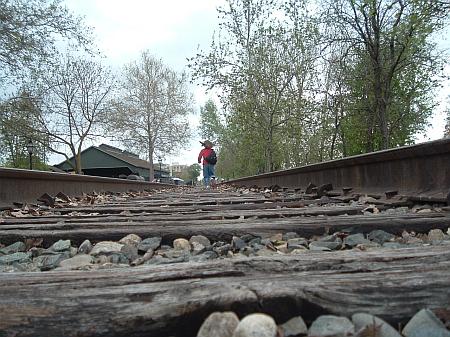 Running down the rails. 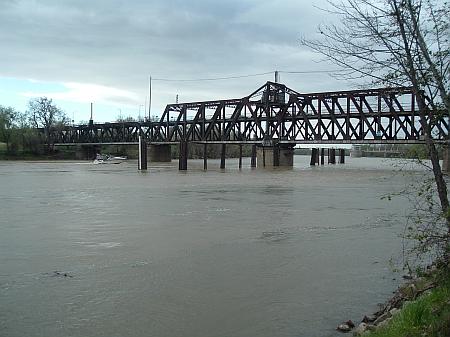 Old Sacramento sits right on the banks of the Sacramento River. Looking out over the river, you see this bridge, which carries I Street on the top level and the Union Pacific tracks on the bottom. If you’re here at the right time of day, you can watch the Amtrak trains go back and forth on this bridge trying to line up with the right track to get to the passenger station a few hundred yards away. 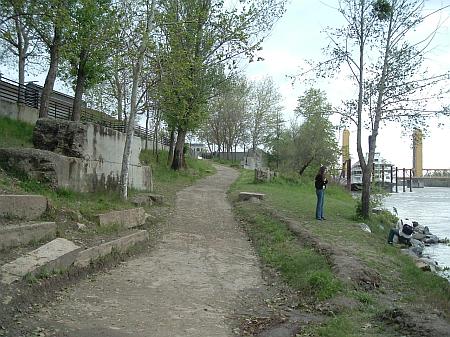 This little path winds its way down by the river’s banks for a little bit. Strewn about are all these old, crumbling concrete blocks. As a nearby sign explains: “In the 1860s, Central Pacific Railroad constructed an extensive docking facility and freight yard by the river between H and K Streets. In 1910 CP’s successor, Southern Pacific, raised its entire waterfront 10 to 15 feet and built a concrete wall along the river from I to R Streets. With the growth of highways, the waterfront declined, and new visitors to Old Sacramento see a partial resoration of the 1860s ‘scene’.”