More Old Sacramento pictures from our first day there: 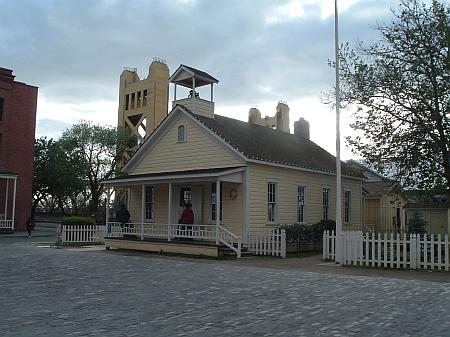 The Old Sacramento Schoolhouse Museum is a replica of the typical one-room schoolhouse you always picture in frontier towns. It is complete with a pot-bellied stove, rows and rows of wooden desks, and an old schoolmarm watching over everyone who comes in. 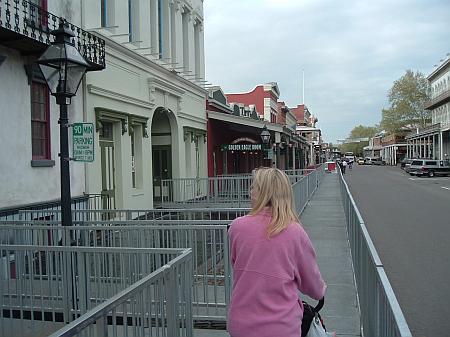 One thing about Old Sacramento is that it is very well maintained. Here along Second Street they were replacing the wooden boardwalk. But, this wasn’t just some cheap rushed job. They had coated the underlying concrete with tar, then they built an aluminum frame for the boardwalk to rest on, and they used nothing but brand-new lumber for the planks. The result is a state-of-the-art boardwalk that probably cost tens of thousands of dollars, but will last for decades. This steel walkway was put in place so you could walk in the street without fear of being run over. 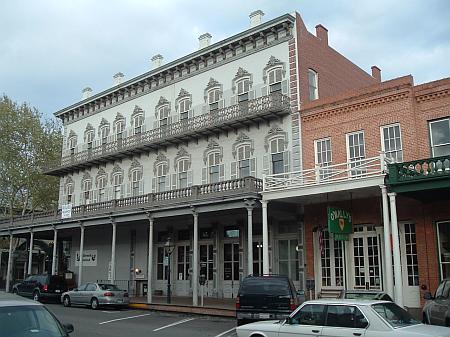 An imposing three-story building at the corner of Second and K Streets. 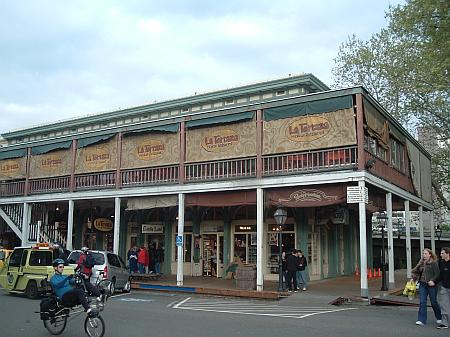 On the opposite corner, on the top floor, is La Terraza Mexican Restaurant. Great food, but if you go there pay with cash. Our credit card was charged twice, and we’re still trying to get it all sorted out! 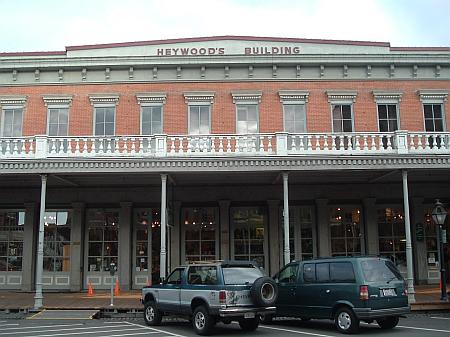 Another block down you find Heywood’s Building. 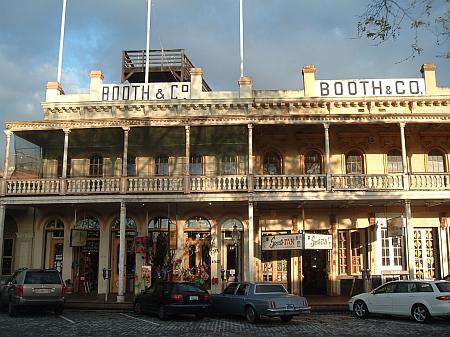 And on Front Street is the Booth & Co Building. 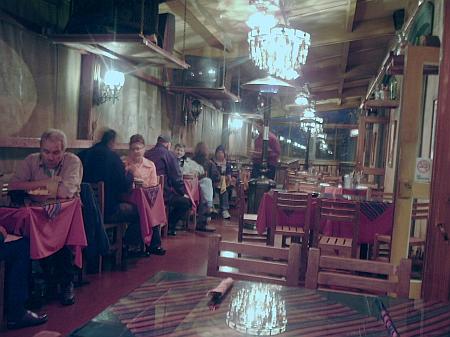 La Terraza after dark. Most of the seating for the restaurant actually is out on the terrace, on the open-air balcony over the sidewalk. Heavy screens keep out the wind, and large propane heaters keep everything nice and cozy. 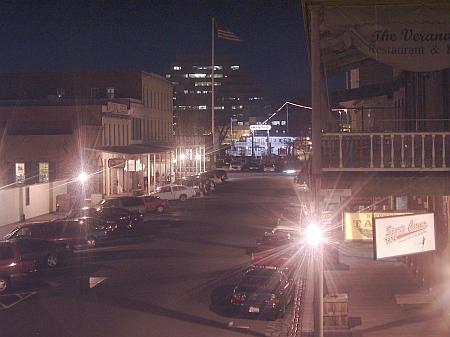 The view down K Street at night. At the very end of the street you can see the Delta King, an old paddle-wheel riverboat that’s been permanently anchored to the dock, and now serves as an upscale hotel. 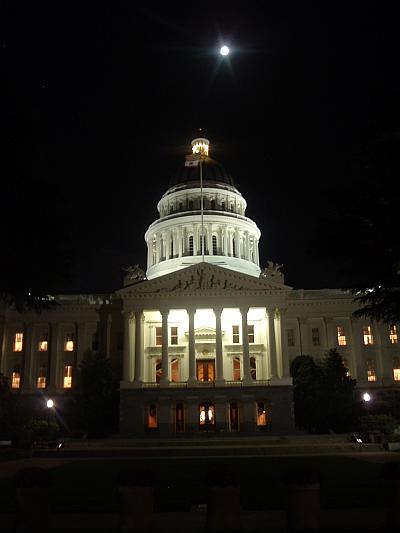 The State Capitol after dark. 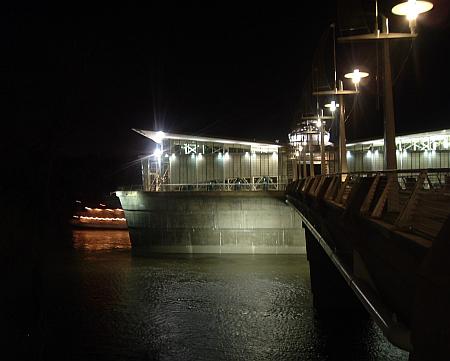 And this is the Sacramento Water Intake at night. It sits in the middle of the river, with a long bridge stretching out to it, and it took us three days to figure out what it really was and what it was for. Look for more pictures of it coming up later. Behind it you can see a riverboat returning from a sunset dinner cruise.