Day two in Sacramento. We woke up nice and early, treated ourselves to a little IHOP for breakfast, and headed down the road to the Sacramento Zoo. 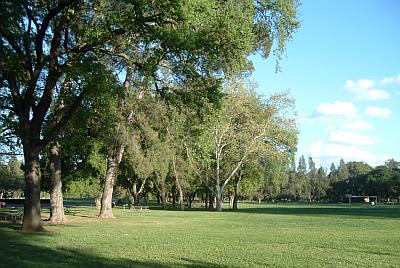 The Sacramento Zoo is at one corner of the huge William Land Park, a sprawling park that seems to stretch forever in each direction. We still haven’t seen all of it, after two visits. It seems like everywhere you look there’s a curving road, or a nice big lake, or a huge grassy field. And the trees, of course, are everywhere. 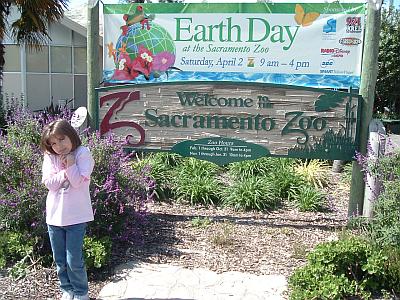 The Sacramento Zoo opened in 1927 with only four acres and several small animals. Today it sprawls across more than fourteen acres and has at least a hundred animals. No longer kept in “cages”, each animal has a habitat that tries to simulate how they’d actually live in the wild. 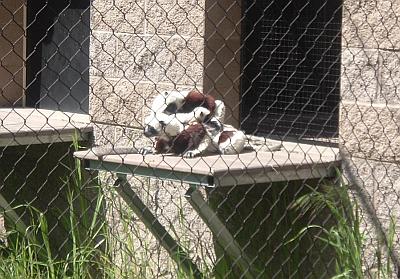 A tangle of sifaka lemurs. It’s hard to tell, but there’s three of them there. 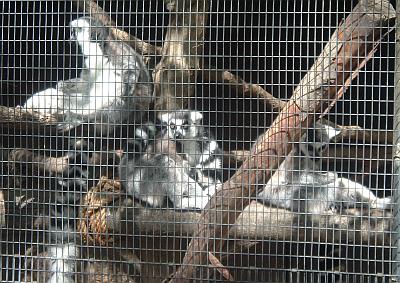 The ring-tailed lemurs just lounging around. 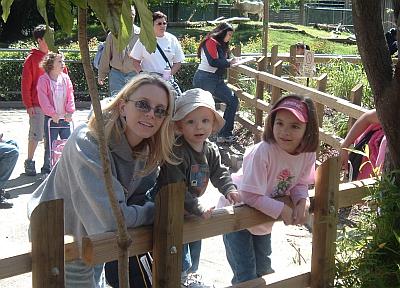 A family of advanced apes wandering loose in the public areas of the zoo. These three specimens are named Viola, Sammy, and Keirra. 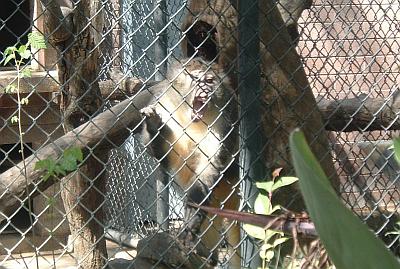 Angry monkey! He knows where you live! 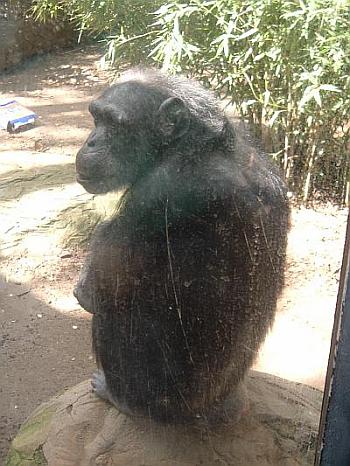 The chimpanzee is just on the verge of not caring. So he’s showing us his good side. 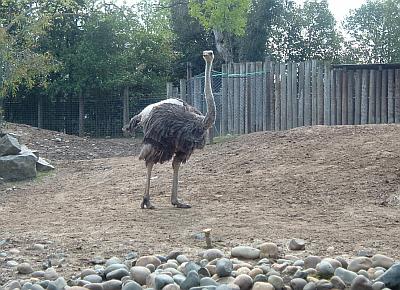 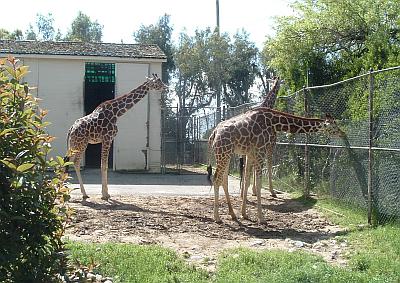 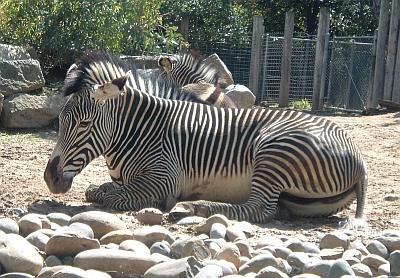 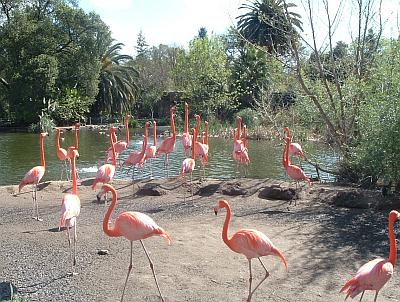 The flamingos spend their day marching back and forth in formation across this patch of dirt. When they’re thirsty, they stick the tops of their heads in the water and shake around. It may sound like the good life, but I imagine it’d get boring eventually. 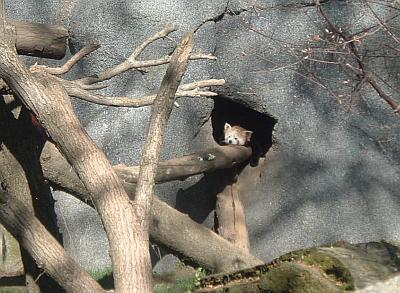 The red panda (or firefox, as it’s also called) wants to lay out and get some sun. But not too much. 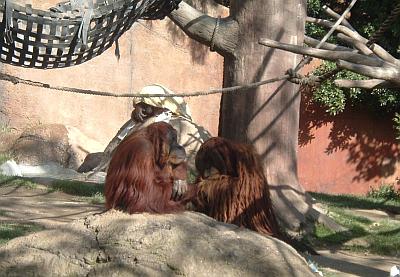 The orangutans are holding a secret meeting. I think they’re planning an escape. And look how clever the one in the background is, disguising itself as a heap of laundry.

The Lazy Tiger. After several hours of laying around, the only exercise he got was raising his head.